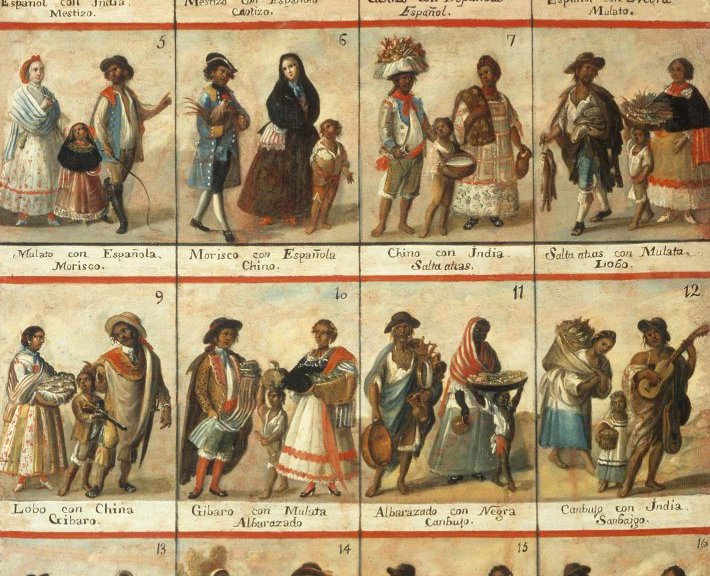 Note: This post was originally posted on NJWV. Crosspostings from NJWV to Hairy Beast will hopefully be a regular occurrence.

I wanted to avoid writing about the PolicyMic What Americans Will Look Like in 2050 article. Part of this is because I don’t really like the photographs. I’ve found that portraits where the photographer’s style overwhelms the photo don’t really do it for me unless I’m looking at a show which is about the photographer. There are, of course, exceptions here—e.g. I really like Avedon’s West—but in general I’ll echo what someone smarter than me said and think of these kinds of photos as caricatures rather than portraits.

National Geographic is not a magazine I expect to see caricatures in. Nor is race something I enjoy seeing caricatured. It takes me into uncomfortable territory, especially when the race in question is mine.

In addition to the Martin Schoeller all-look-same effect, another part of why I wanted to stay away is because the photos felt a lot like the continued fascination with how strikingly beautiful mixed-race people are supposed to look. There’s an odd fascination here with physical appearance that all-too-often strays into exoticism if not straight-up racism as mixed-race people are used as a way of being both acceptably foreign and white-assimilated.

It all gives me hives. Especially when PolicyMic framed the photos by claiming the cure for racism is miscegenation.

The responses to the article though have pulled me in. In particular, I’m finding that I want to add on to Sharon Chang’s response asking why we’re still hung up on pictures of race.

Chang’s post points out the history of racial-type photographs; the kind of ethnographic, white-centered values they promote; and puts the Schoeller photographs in this context along with much of the rest of National Geographic’s (undeniably excellent) photography. To read National Geographic, or at least to look at the photos and maps, is to see otherness and “explore” the world from the safety of your home.

It’s the colonial viewpoint which I’ve become tired of. It’s equating culture with appearances. Chang’s absolutely correct to call it out.

First, this kind of racial-type imagery existed well before photography. Second, we’ve had multiracial societies in the past and there was never anything post-racial about them.

The way National Geographic displays the Schoeller photos in a grid creates an obvious Casta painting connection. And it’s not just the grid layout but the way we’re invited to compare and guess who looks part Asian or Black or Indian or White and in what quantities. Focusing on looks. And focusing on parentage. And comparing proximity to whiteness.

It’s important to remember that we’ve gone down this road in the past and only succeeded in creating dozens of racial divisions all ranked by how close to whiteness and reason they are. Yes, you could breed your way up the ladder. But that the ladder exists is the problem.

Merely showing a multiracial society is not enough. Casta paintings show. Schoeller’s photos show. What are we being provoked to do or think about instead? Especially regarding how we address race, and how we’ll address it in the future.

I wish the critiques had gone into photographic work which is actively critiquing the concept of racial boxes. One example of this is Angélica Dass’s Humanæ* which matches the people’s skin color to a specific Pantone number.** Dass has managed to create a project which, despite being only about one feature (skin color), manages to both show a multicultural society and actually critique racial values.

*Note: Dass is from Brazil but what she’s doing is completely relevant to the multiracial discussion in the US.

**The purist in me is bothered by the fact that she’s not sticking to a single Pantone swatch book but that’s me being a print nerd. This in no way detracts from the actual point she’s making.

Where Schoeller’s work results in a number of images which all feels the same. Dass emphasizes the point that we’re all different. Everyone. Looking at her work doesn’t result in comparing mixes or trying to figure out who looks like what. Instead we’re realizing how unique everyone’s skin tone is—and how stupid colourism really is.

Which brings me to the other work I wish Sharon Chang had mentioned in her post. While she talked about Kip Fulbeck’s Hapa Project, she didn’t mention Mixed Kids.

Fulbeck’s Hapa Project is about himself and finding his own community. It’s a necessary project of self-representation but indeed doesn’t go beyond and ask anything provocative. I like it. But then I’m hapa. And I have it on my shelf as evidence of my community and a reminder of how many different stories people who share backgrounds similar to mine have.

And it’s a completely necessary project to get out of the way as a stepping stone to Mixed Kids. The Hapa Project is about coming to grips with our identities and how we grew up and who we are now. Most of the book features adults and their stories—whereas Mixed Kids is only kids. Our kids.

Mixed Kids is about their potential. And about ourselves as parents. And how we want to raise them.

America in 2050 is a theoretical entity. Our kids are not. My kids are not. Fulbeck’s provocation is simple but huge. What am I going to teach them? About race. About themselves. About their world. About each other. It’s not about what percentages of what races they are. Or how they look. It’s about raising a generation which is smarter about race and privilege than their parents.

My parents had to fight the “but what about your kids” battle. I didn’t need to. Instead I get to look though Mixed Kids and rather than thinking, “what are you?” I think, “what will you become.”