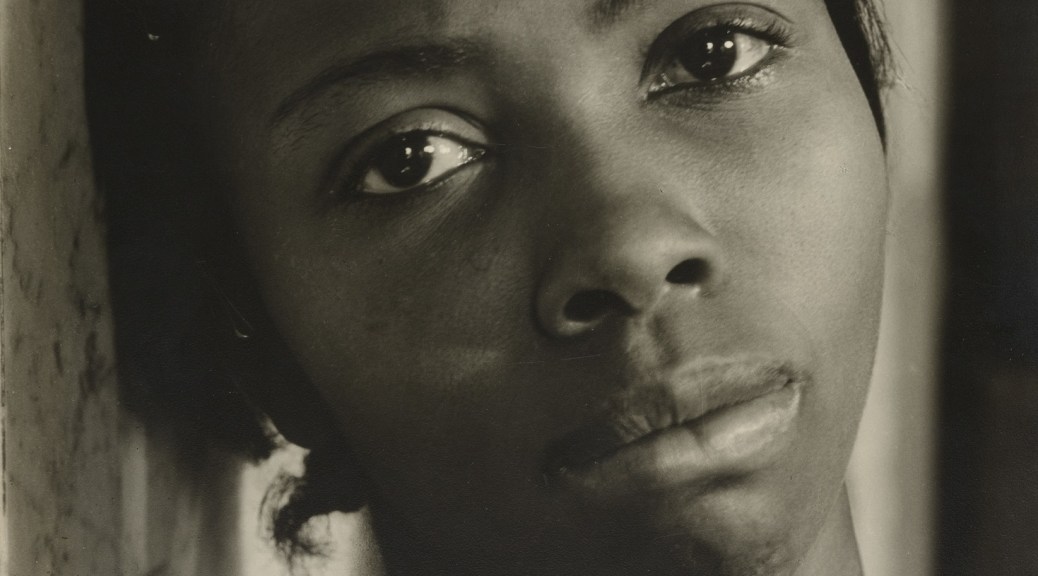 This originally posted in a slightly different form on NJWV. 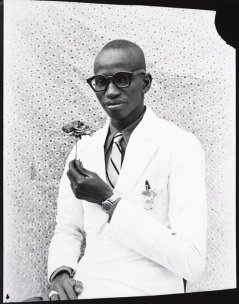 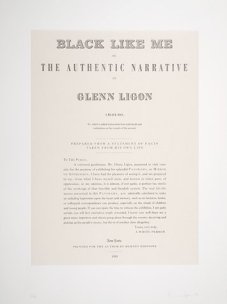 Glenn Ligon. Narratives 1993
I made it up to San Francisco last week to see SFMOMA’s Portraits and Other Likenesses show at the Museum of the African Diaspora. I always love seeing shows which include photos, paintings and sculpture all in conversation together. As a photo-leaning person it’s especially nice to see photography taken out of its own little bubble. This show mixes all media together under the umbrella of portraiture—in this case taken broadly as any artwork that represents a person or people. I’ve seen a few SFMOMA on the go shows now that have done this and I hope it bodes well for the approach the new and improved museum will take when it opens next year.

I am increasingly interested in issues involving portraiture and representation and how frequently-stereotyped communities choose to represent themselves. Navigating the tropes of how they’ve been represented and othered is both difficult and fertile territory. The individual pieces on display aren’t always directly about representation but the entire show, by consisting of representations of blackness by black artists, is.

This is difficult territory. There are so many representations on display— costumes, personal, stereotypes, etc. And there are multiple levels of thought behind all of them. This show invites me to look and stare without flinching. As a non-black person of color I ended up both confronting a lot of my socialization as to what my instincts are when viewing black people while simultaneously sympathizing with the amount of effort it takes to present yourself to the white world.

Stereotypes suck. Especially in how they make you second guess and overthink everything in your self-presentation.* Do you avoid the stereotypes even if you happen to enjoy some of them? Do you have to dress extra nice whenever you go out? Is your presentation of beauty based on white beauty standards?

*Man do I wish SFMOMA had a copy of Carrie Mae Weems’s Ain’t Jokin in addition to Boneyard. Also, I wish there was more by Fred Wilson than Me and It. Sadly, SFMOMA appears to be thin on both of their work.

And at a certain level almost everything on display is intended for white consumption. Who else buys art? So while there may be important statements in a piece, the way the art market chooses to frame it ends up being out of the control of the artist—no matter how intelligently-considered the representation is, at the end of things it’s still warped by being put in a museum. I wish I could remember the full details of Annie Mae Meriweather’s* story but the story of Consuelo Kanaga’s portrait of her being reduced to just its beauty demonstrates how cruel the market is.

*Google does turn up a Woody Guthrie story related to her but nothing about the photo.

I have similar feelings of guilt by how much I love Seydou Keïta’s work. I’m reacting to the image because of its almost-effortless grace and beauty* while at the same time not knowing, or even really caring, about the subject—who he is, why he might be having his portrait taken, what was going on in Mali at the time.  Yes, there may be perfectly legitimate reasons for the erasure of much of the contextual information, but at the same time I’m still consuming his image** in a way that embodies a lot of the things I dislike about photography. I don’t like erasing the humanity of the subject and while I try not to do it here, I find myself slipping each time I view it and swoon at its beauty.

*There are days when this is my favorite photograph ever taken.

**I’ve seen this image described on occasion as a self-portrait. I’ve never seen this description though in an actual museum. And I’m not sure if his official website is treating it as a headshot or just the best example of his work. If it is indeed a self-portrait I’ll feel a lot better about liking it.

This is potentially bad behavior with many subjects but with black subjects it’s especially awful. The spectre of Black Lives Matter and all the police violence in the news over the past few years is unavoidable. Pieces here touch on issues of presenting and demonstrating and claiming humanity in the white world—actions that shouldn’t be necessary but frustratingly are. And despite all that it’s still frightening easy to erase their humanity and see just surfaces and tropes. This is deadly and violent behavior.

Which is why Glenn Ligon’s Narratives is my favorite piece in the show. They don’t just reference slave narratives and how humanity gets mediated by whiteness. They also, through their size, suggest fugitive slave posters and the erasure of humanity by whiteness. Yet they’re written fully by Ligon so it’s clear that he’s in control and crafting his own story—explicitly bringing together many different threads of the performative aspects of race, americana, assimilation, and authenticity.

The entire content of the pieces are details about Ligon’s humanity—details you’re invited and encouraged to look closely and really observe. It’s a presentation, and representation, that is difficult to erase. That it’s often wickedly funny is the icing on the cake.

I timed my visit to correspond to Caille Millner’s short talk on the exhibition. I’ve been following her on Twitter and Tumblr for a few years now and I was interested in her observations. I was not disappointed. She discussed two of my favorite pieces (Keïta and Ligon) and I especially loved her comments on Keïta where she placed the image as exemplifying, for her, Mali’s belle epoque and the brief joyous period when independence from France was coming but the the realities of being an independent country and undergoing a military coup hadn’t blotted the horizon.* Comparing Keïta and James Van Der Zee by contrasting the societal context and internal migrations going on when each photograph was taken is a great way to think about them

*It helped that I was standing in front of a case of 1960s Malick Sidibé photos while she was making these comments.

Millner also had some nice comments on Lynette Yiadom-Boakye and the idea of portraits of non-existent people. Yiadom-Boakye’s work is also complicated—in a very good way. I share Millner’s concern about how making people up as a way to address a lack of representation may not be the best way to address an erasure. At the same time, there is something to appropriating classic western/white techniques and making them your own. I also thought of Medieval People of Color’s ongoing work in highlighting the black servants in these classic paintings and how those servants are often crushed into unrecognizable shadows in photo reproductions of those works. There’s an aspect of this piece that I see as being the painting equivalent of fighting against Shirley and learning to depict black skin.

The audience discussion about Yiadom-Boakye and Van Der Zee though had me shaking my head and thinking about white comfort. Van Der Zee is a name. When The Met digitized all of its photography holdings, a number of us started counting and confirmed that he was the exception to all their non-white photographers. He’s someone you’re supposed to know and boy did the white audience know him. Lots of comments, most of which seemed intended to demonstrate that they’d heard of him and accepted him as a master. Similarly, Yiadom-Boakye seemed to relax those people because it looked familiar and like other things they’d learned to think of as good.* It was safe and comfortable to appreciate it.

*Reminding me a bit of watching Death and the King’s Horseman at Ashland and how the audience was super-uncomfortable for most of it until the white characters came on stage.

Which frustrates me because this was a museum of black artists. As a visitor, you’d expect and want to be introduced to people you’ve never heard of in the general museum circuit and to gravitate toward the names and styles you recognize misses the point.