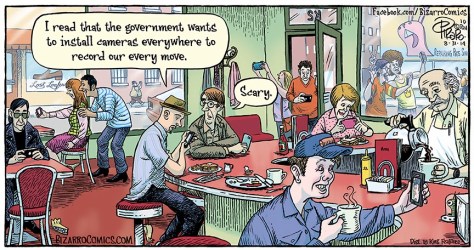 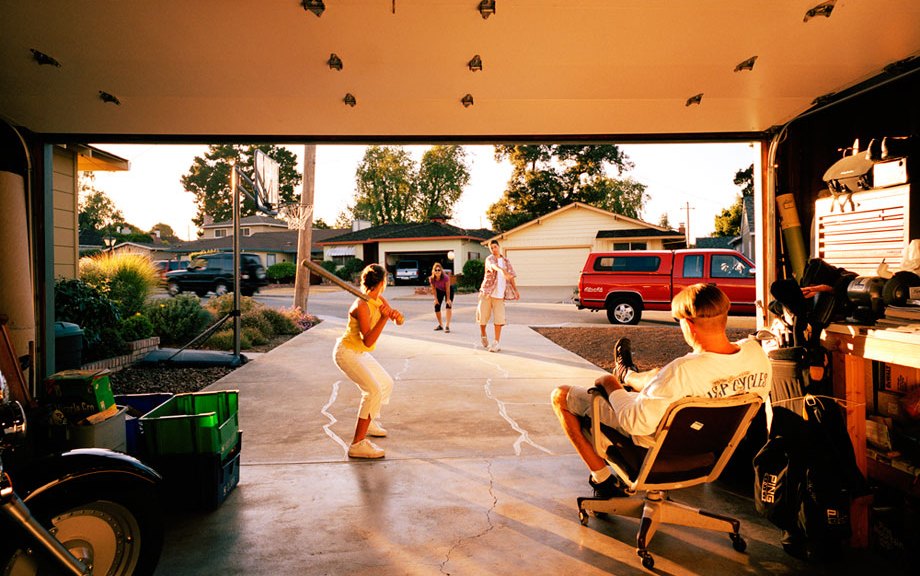 Over the course of the book, the stronger work moves beyond this premise of straight portraits and opens the question of the suburban world as an unsettled psychological space. What seems initially like a book of solid, but conceptually modest portraits begins to play with the word “dream” – the suburban ideal blends and overlaps with the surreal space imagined while sleeping or daydreaming.

The images that open this second sense of “dream” suburban space in the book – such as a woman in a blue-green dress seen from behind staring at a backyard bbq in a disquieting way or the woman in front of a bureau with a key hiding in her hand [see the three images below] – multiply the possible understandings of Edwards’ work. This development of a multi-layered look at the suburbs and dreams, however, remains latent and appears to be more of a presence consequential of the work process rather than being cultivated actively based on Edwards’ comments on Suburban Dreams in interviews. Regardless, these photographs open intriguing possibilities for the body of work and it is these images that begin to push the stakes of the project.

It’s very interesting to read this review with @kukkurovaca’s review in mind. I’m digging the choice to reframe the suburbs as “unsettled psychological space” rather than an aspirational middle class goal. Especially given how the housing crisis shook down and who in particular got hit the worst by the subprime mortgage bubble.