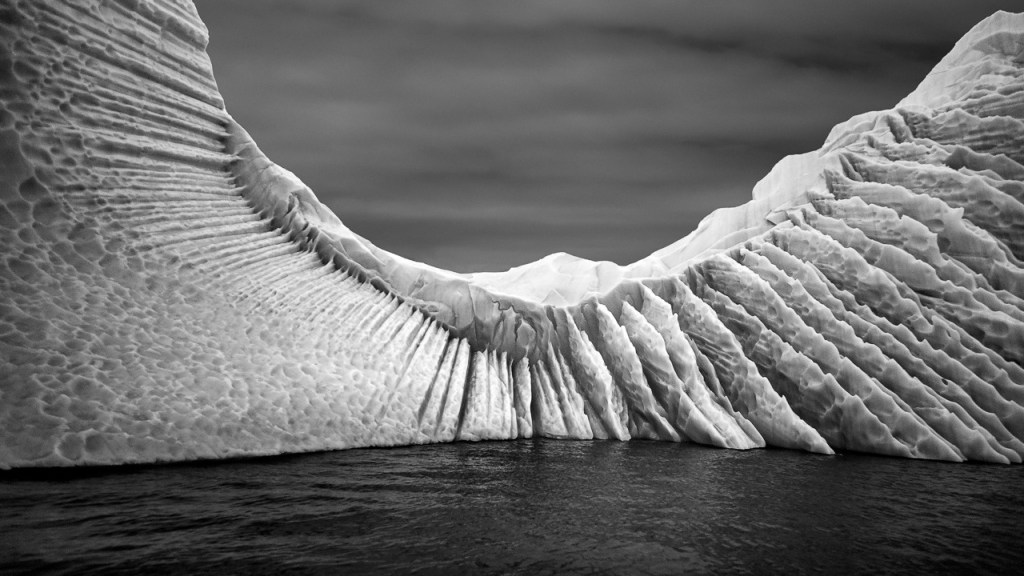 There is but one Ocean though its coves have many names; a single sea of Atmosphere with no coves at all; the miracle of soil, alive and giving life, lying thin on the only Earth, for which there is no spare.

I often find myself wondering whether the old style of environmental photography is still relevant. I’ve been tempted to read it as more of an epitaph than a call to action, but taking in San José’s Fragile Waters show has me realizing there’s still a place for it.

Ansel Adams is obviously the big name but it’s the combination of Ernest H. Brooks and Dorothy Kerper Monnelly and the way they expand on the Adams’s body of work which is most interesting here. There are many similar views—not the same, just similar enough to notice the familiarity in perspective—which work together to show how all water is indeed connected.

Where Adams is clearly focused on working the scene and creating an image and making his point, Brooks and Monnelly are much more zen about things. Specifically, there’s an underlying theme in their nature and environmental photography as being a means rather than an end. That a successful photography session is one which results in you feeling refreshed from being in the presence of nature. That the actual image itself makes no difference to whether you’ve succeeded.

It’s this change in perspective which makes their environmental photography so much more effective for me. Whereas the “see this pristine wilderness before it’s ruined” type of photography doesn’t do it for me, “this is the evidence of my time in nature” does. I can feel the mindfulness of it and the way that it emerges from the experience of just being.

That the perspectives are similar and the experiences are similar suggests our shared humanity and relieves a lot of the selfish concerns I have about my own photography. A lot of the photos on display remind me of my own work. This could easily be cause for despair but it’s okay here. I’m not consciously mimicking anyone’s images, I’m just following the same process. My photos are different in that their part of my own experience just being in nature—whether it’s an isolated lake in the High Sierra or a artificial pond in an industrial park. They’re what I saw and the more important thing was that I got outside and away from everything else.

They speak to why it’s so important to preserve nature and natural spaces. Yes, conserving them for the survival of other life is important, but we need them for ourselves and our sanity too.

It’s easy to forget how important it is to get away and just take a walk. Get out in trees or along the water. Watch the wildlife. Play chicken with the waves. Touch the earth. Go for a swim. “Old topographics” nature photography like this serves as a reminder to get off the computer and get outside. Their environmental message is that reminder that we need to do this..

The epitaph and elegy reading is still strong though. Monnelly has a number of beautiful photographs of winter ice captioned with the sentiment about how melting ice represents the return of life. This is indeed the traditional reading. However since Brooks’s photographs of Antarctica are in the same gallery, I was struck by the irony that melting ice also represents the beginning of the end.

It’s one thing to see and be reminded of how we all see and react to water in similar ways. Ice though is much more divisive. Many of us dislike it and celebrate its annual disappearance. At the same time, we need it. It’s what California depends on for its water and it’s a ticking time bomb as it melts in the North and South poles.

As an underwater photographer Brooks is very interesting to look at from a technical point of view. His equipment is incredibly important to his work and it’s very obvious in looking at how his prints go from traditional to digital that we’re watching him make the transition from film to digital too. I love that he’s committed to shooting in black and white even with a digital camera.

I also like how mixed his subject matter is. Animal portraits. Abstracts. People and their presence in the water. Underwater requires both more awareness as to what can make a good photo and the ability to react when it occurs. His switch to digital also appears to have opened up some above-water subject matter to him. His ultra wide clouds and Infrared Antarctica images are also good and with their emphasis on the sky, are very much in keeping with the way that many of his underwater photos treat the surface of the water.

Unlike Brooks she very clearly has her equipment settled. Like Brooks she spends her time just in nature, revisits similar subjects and lets the photos come to her. I like her work a lot. Despite much of it being East Coast instead of West Coast her approach just speaks to me.

Her photos of marshes and shores feel like she’s making the same walks every day and really knows the lay of the land now. What to expect. Where the best location are. And as mentioned before, her photos of ice and snow are beautiful in how they capture how dynamic and sculptural their formations are.

I also love how frequently her work is gloriously low contrast. Brooks and Adams tend toward using the full range of tones—often with extreme black skies or backgrounds due to filtering in camera of because of fall-off due to the water. Monnelly though thrives on the fog and mist of early mornings and is smart enough to embrace all the wonderful midtones that result.

There’s not much to say about Adams. I know his work. We all know his work. I did find it odd though that there were two different prints of his Point Sur Storm photos yet the museum didn’t flag that they were from the same negative or comment on why both were on display. One was labeled 1946 and the other 1948 but nothing indicated that this was a printing date.

The 1948 print is larger and has had its contrasts reworked a bit. Slightly higher contrast overall and some of the shadow details are gone due to no longer being held back. The digital image here of the 1946 print is also higher contrast than what’s actually on display but you can see details in the lower lefthand corner which aren’t there at all in the 1948 print.

I’m used to Adams revisiting negatives decades later but in this case it feels more like he’s working through how he sees this negative. Given the way that this show  leans in to the Adams name—there’s also a display of his camera—I found myself wanting to know more about his process. At least we got to read a wonderful letter about juvenilia photo (also on display) which gets into how much work Adams put into his photography. It’s very different from the mindful experiential process that Brooks and Donnelly practiced but it’s great to see how considered everything is.