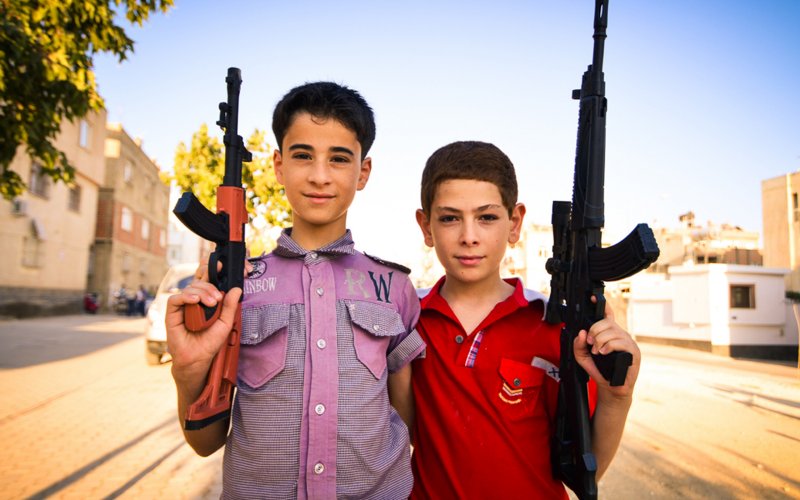 Journalists who cover war grow quickly accustomed to the strange assembly of characters who show up in border towns looking for a battle. In the past six months alone, Kilis has housed a French woman armed with boxes of antidepressants to hand out to refugees; a Japanese man who went to Aleppo several times a week just to do a bit of shooting; an Italian woman whose fixer claims she went searching for alien DNA on the front lines; numerous foreign jihadists; and amateur photographers whose blunders have created extremely dangerous circumstances for locals on the ground.

Ben Taub is a senior here at Princeton. There’s a small show of his photos in the dorm where I ate brunch last Saturday. Part of me is very impressed at how he’s been able to go to Turkey and practice photojournalism . Part of me is wondering how responsible it is to send a college kid on this sort of project—and about the ethics of reporting on “War Tourism” when you’re a college kid who’s engaging in arguably similar behavior.

As for the photos themselves, they’re fine. Nothing iconic—but what are the odds of that happening? As photojournalism it’s really about the story—which is absent in the show and which got complicated when I looked Taub up online and got the rest of the story.

And this isn’t a knock on Taub as much as it’s just another reason for me to question most photojournalism and the way media companies frame the stories.