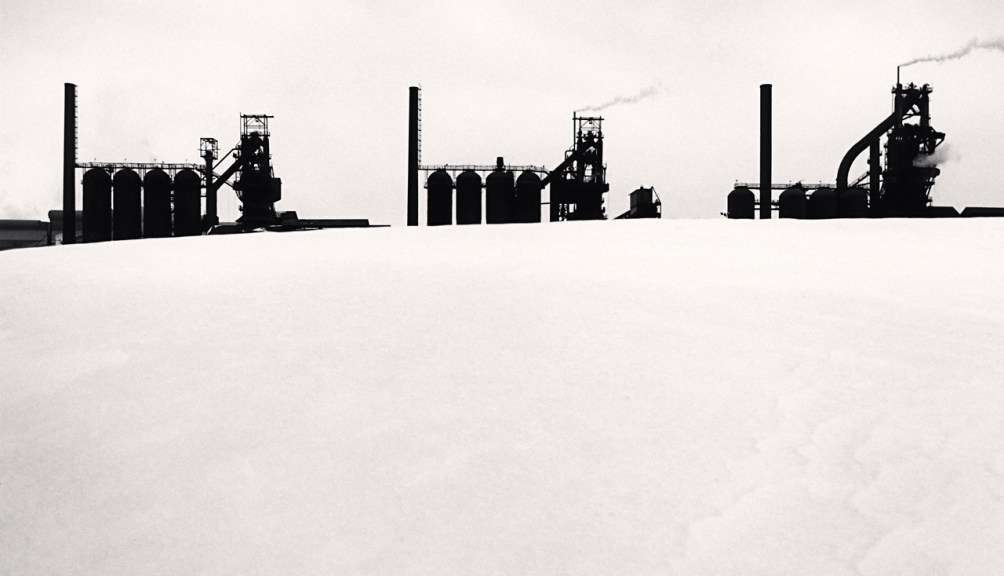 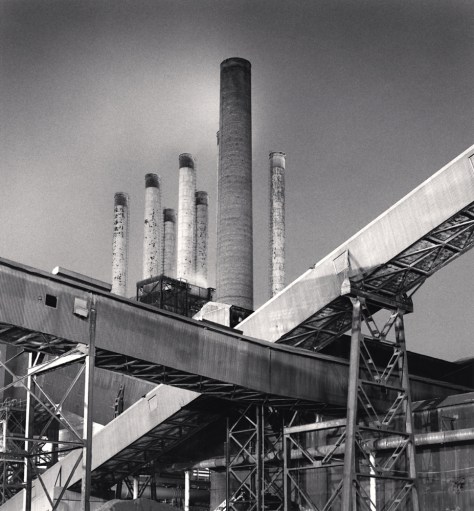 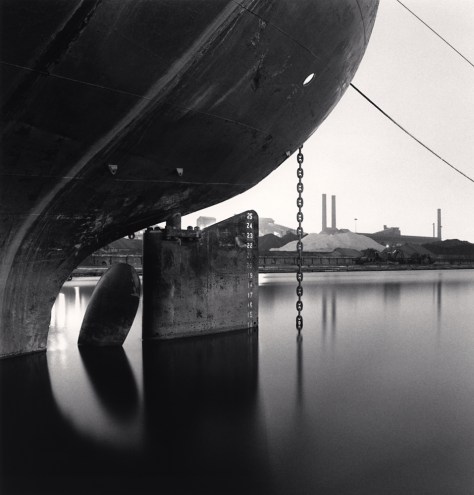 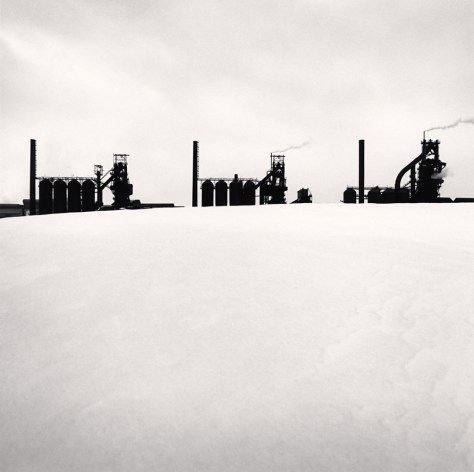 When I first encountered Micheal Kenna’s work I was struck by how beautiful it was. Wonderfully elegant and serene, they were photos the likes of which I could see myself aspiring to. Then I kept seeing his work come across my Tumblr dashboard and found myself getting kind of bored. The images began feeling too perfect and almost sterile. They’re still beautiful but they’re begging for a story or some context.

So I was a little wary when I went to see Princeton’s exhibition of his Rouge series and found myself pleasantly surprised at how much I enjoyed it. The photos are all still very much the Kenna™ brand but rather than idealizing nature we’re seeing the elegant beauty of the man-made industrial forms.

Kenna is at his best as a photographer of atmosphere and silhouettes. He’s able to find the bare minimum of a form and abstract it in ways where it becomes two-dimensional at some points. He has a very graphic sensibility which, when applied to industrial objects, turns them into found art.

If his landscape photos are initially appealing in that they’re pretty photos of pretty things, Rouge operates in that wonderful transformative way that the best photography does. The photos are still beautiful, but the beauty is tougher to see and the photos help us recognize it.

The silhouettes of the factory buildings. The way those elements interact with each other visually whether in their repeated forms or how they overlap and intersect. How massive solid shapes disappear in the mist and how their reflected forms disappear in the moving water. The way light gleams when it reflects off well-worn patches of metal. How imposed on the land everything feels—especially when it snows—yet there’s a beauty in how the clean lines of the factory contrasts with the texture of the earth.

I just really enjoyed looking at these.

The exhibition also frames Kenna’s work as a dialog with the earlier photographs—especially Charles Sheeler—and paintings both of Ford’s Rouge plant and with respect to America’s view of industry. Technological utopia versus dystopia is a fine line. Many of Kenna’s compositions directly reference earlier works which show gleaming sunlit structures embracing the power and promise of industry. Kenna though shoots them at night or in the fog, with long exposures that create otherworldly smoke and lighting effects.

The result is a sense of foreboding. The end is coming and the promises of 90 years ago didn’t pan out the way we desired. It’s not going to blow up, it’s just going to gradually wind down and become deserted. We see the echoes of industry in the photos and can picture the ruins that’ll remain once these jobs no longer exist.

That Kenna erases the labor aspect in his photos helps our sense of seeing these as being deserted. There’s still smoke belching from the powerhouse cloud factory but we don’t see the factory workers themselves. At most we get the sense that people have worked here in the past. Machinery is worn, and surfaces are no longer shiny and new.

This is more of a human touch than I’m used to in Kenna’s landscape photos but it’s still in keeping with his standard operating procedure for landscapes. And I found myself questioning the ethics of it. Yes it helps these photos work as elegies to American industrial production but with the times being what they are, I find myself wondering how many people are working and how many of them will be out of work soon.

I also don’t usually do a comparison of the catalog with the exhibition but this shows is the first time I’ve picked up a gallery copy of the catalog and directly compared it to the prints on the wall. My initial interest was print size. Kenna’s prints are all pretty small—around eight inches square*—and I was curious if the book printed them the same size as the prints.

I was pleased to see that they are the same size in the catalog and on the wall. I was surprised however to see such a huge difference in contrast. Kenna’s prints are very high contrast with crushed shadows that emphasize the bulk of the factory and the silhouettes of the equipment. The catalog on the other hand has way more shadow detail which suggests that they either come from a different set of prints or that they’re new scans from the negatives.

Neither version looks bad. I feel like the higher contrast look helps set the mood better however.