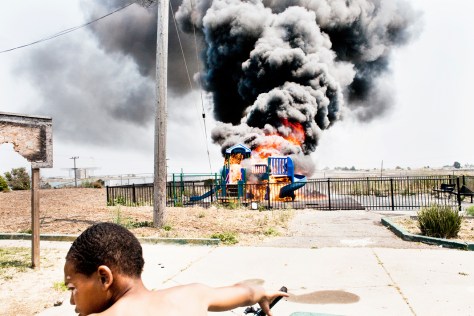 It’s interesting that Slate doesn’t mention (or if they do, it’s buried further than I skimmed) that this image has been circulating in blog posts much like this for at least five or six years.

This and other forms of implicit false photo presentism are a pretty common occurrence in the blogosphere. In the case of Vivian Maier, the same discovery happens with such regularity that we call it Vivian Maier O’clock. And the same couple of Marchand and Meffre photos crop up with a not dissimilar regularity in posts about Detroit.